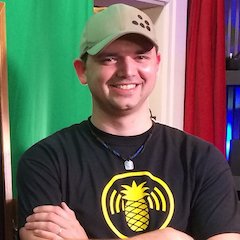 Rob has over 16 years of experience covering all facets of information security. He has been behind the lines helping to design, build, and defend the US Marine Corps, US Senate, and Pentagon networks - as well as performing penetration tests and Red Team engagements against those same networks. More recently, Rob has built and lead numerous Red Teams in successful engagements against many of the Fortune 50 companies, representing some of the best defensive teams in the industry.

Rob’s experience and expertise ranges from embedded and wireless devices in ICS/OT networks to standard IT infrastructures. He is a frequent speaker and trainer at a number of well-known security conferences. He has also served as a senior technical advisor for HBO’s show Silicon Valley.

Rob has acquired a number of certifications and awards over the years, but the ones he holds above the rest are father, husband, and United States Marine.