First off, this is dead simple and shouldn’t work, but it does. Also, there is no possible way that I’m the first one that has identified this, but here it is (trust me, I tested it so many ways to confirm it because I couldn’t believe it was true)

If I plug in a device that masquerades as a USB Ethernet adapter and has a computer on the other end, can I capture credentials from a system, even when locked out (yes, logged in, just locked). (..or do even more, but we’ll save that for another time, this post is already too long)

I’ll leave the setting up of the base device itself to you, but here are some links that can start you on your way:

Basically the capturing is done with Laurent Gaffié’s Responder so you need to find a way to get Responder onto the device. The Hak5 Turtle already has a module for it: 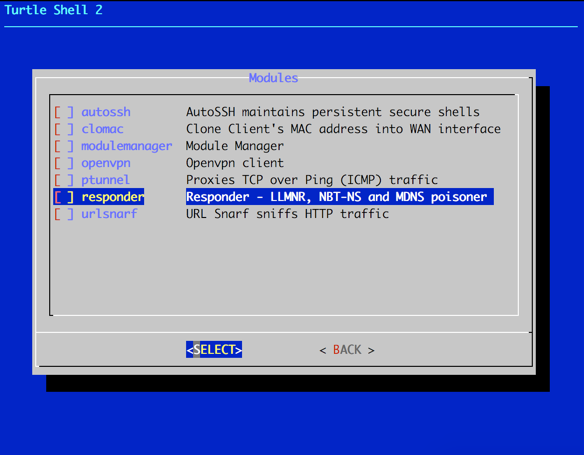 You do have to “Enable” the module for the first time (plugged into Internet access) to get it to actually download all of dependencies and package itself.

Then you also need to do a opkg update and opkg install python-openssl so that Responder will run correctly. This is only a temporary issue as the module is being fixed to include this step.

As for the USB Armory is you can either use SCP, Internet Connection Sharing, the USB host/client adapter: 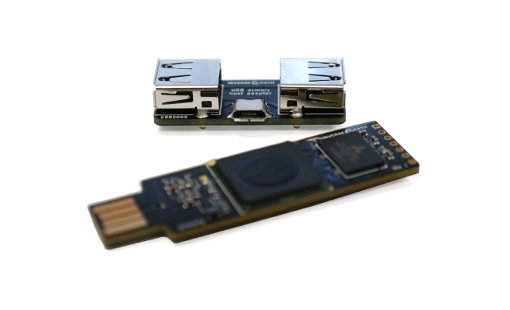 The default install of Debian/Jessie doesn’t have Python installed so you will have to work through all of the dependencies (on the Kali version this is not needed) and will require Internet access to perform:

First, setting up the interface isn’t needed but it will help with consistence since each image for the Armory come with different default IP addresses and it’s good to set a solid base.

Next we set up the DHCP server:

The only special configuration here is to send the “Proxy Config” option to any DHCP clients. Why this is even a thing I have no idea, but note this line:

“DHCP has a higher priority than DNS: if DHCP provides the WPAD URL, no DNS lookup is performed." from the Wikipedia article on WPAD

Next we set up things to automatically run. We edit the rc.local file so that it does a few things:

To enable logging of the screen sessions (which also gives you insight into if anything went wrong), you add a .screenrc file. There is a lot more that I put in these, mostly for aesthetics but the important pieces are these:

That’s it, you should be able to reboot your USB Armory and start picking up creds anywhere you can stick a USB in.

Everything is pretty much already done for you, the only difference is that opkg is your package manager:

And the /overlay/etc/rc.local file is slightly different

Why does this work?

This means that by plugging in the device it quickly becomes the gateway, DNS server, WPAD server and others thanks to Responder.

The average time for freshly inserted into a locked workstation and by the time I have creds is about 13 seconds, all depends on the system. Some addition setup I used inotify to watch for a file change in the Responder.db database and shutdown the Armory. This helps finalize file writes as well and giving me an indicator via the LED that creds were obtained.

To do that you need to install the inotify-tools package and add the following to the rc.local file:

What you see in the video is the Windows 10 lock screen (Full screened fresh install VM). When the LED goes solid white the Armory has fully shutdown because of the watch script, creds achieved!.

Bring it back home and look at the results:

I still have not tested on Linux, I will make a new post on if that works. Please leave comments below if you see things I can improve upon, or errors.